The services that work together in Spinnaker™

Spinnaker is composed of several microservices for resiliency and follows the single-responsibility principle. It allows for faster iteration on each individual component and a more pluggable architecture for custom components. 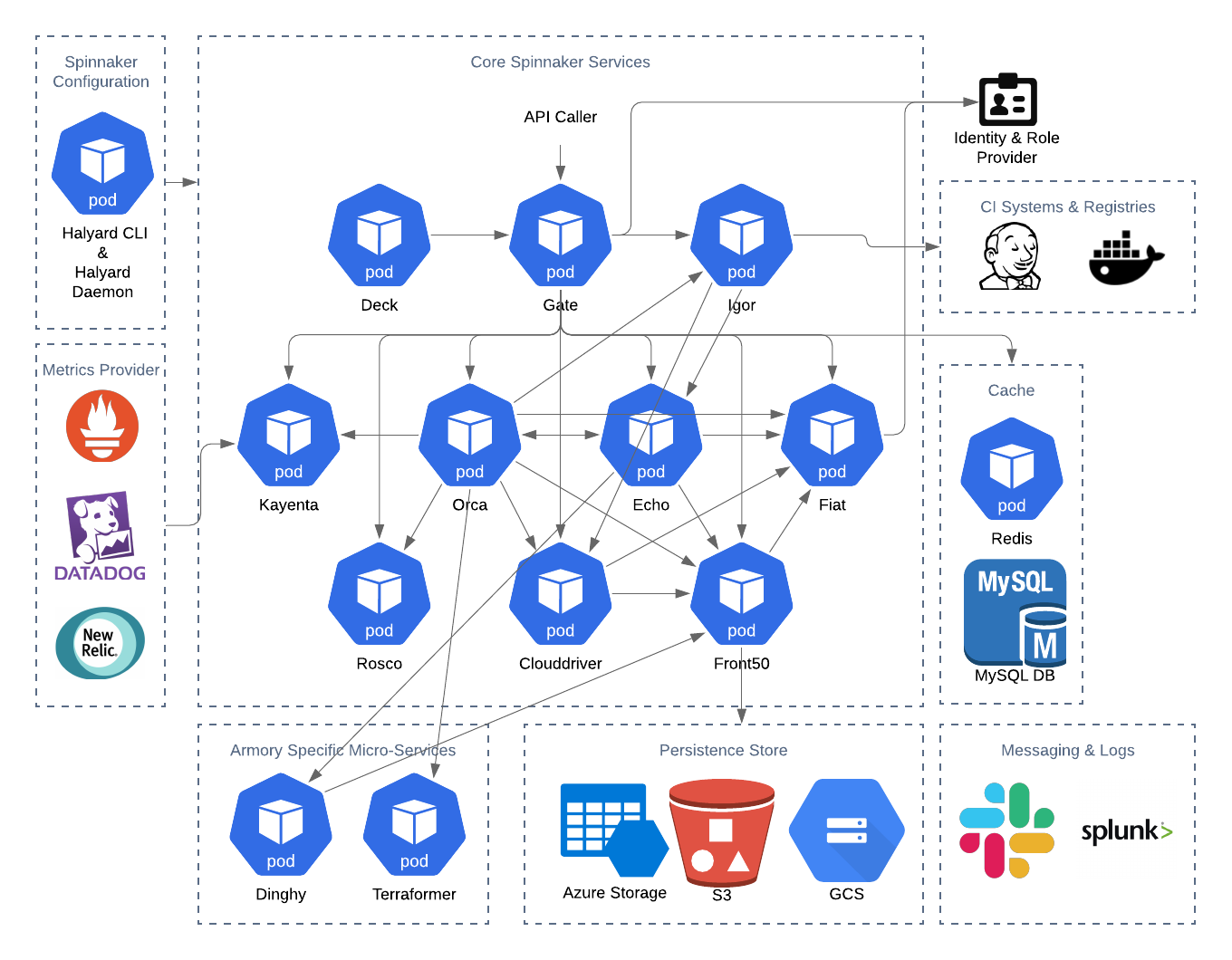 Orca is responsible for the orchestration of pipelines, stages and tasks within Spinnaker. It acts as the “traffic cop” within Spinnaker making sure that sub-services, their executions and states are passed along correctly.

Clouddriver is a core component of Spinnaker which facilitates the interactions between a given cloud provider such as AWS, GCP or Kubernetes. There is a common interface that is used so that additional cloud providers can be added.

Gate is the front-end API that is exposed to the users of your Spinnaker instance. It also manages authentication and authorization for sub-service APIs and resources with Spinnaker. All communication between the UI and the back-end services happen through Gate. You can find a list of the endpoints available through Swagger: http://${GATE_HOST}:8084/swagger-ui.html

Rosco is the “bakery” service. It is a wrapper around Hashicorp’s Packer command line tool which bakes images for AWS, GCP, Docker, Azure, and other builders.

Deck is the UI for interactive and visualizing the state of cloud resources. It is written entirely in Angular and depends on Gate to interact with the cloud providers.

Igor is a wrapper API which communicates with Jenkins. It is responsible for kicking-off jobs and reporting the state of running or completing jobs.

Echo is the service for Spinnaker which manages notifications, alerts and scheduled pipelines (Cron). It can also propagate these events out to other REST endpoints such as an Elastic Search, Splunk’s HTTP Event Collector or a custom event collector/processor.

Front50 is the persistent datastore for Spinnaker. Most notabily pipelines, configurations, and jobs.

Dinghy is the Armory-specific microservice used to manage Pipelines as Code. It supports two main capabilities:

Terraformer is the Armory-specific microservice behind Armory’s Terraform Integration. It allows Armory to natively use your infrastructure-as-code Terraform scripts as part of a deployment pipeline.