An application inside Spinnaker represents what you would typically find in a single code repository - and in many cases, an application maps directly to a microservice. 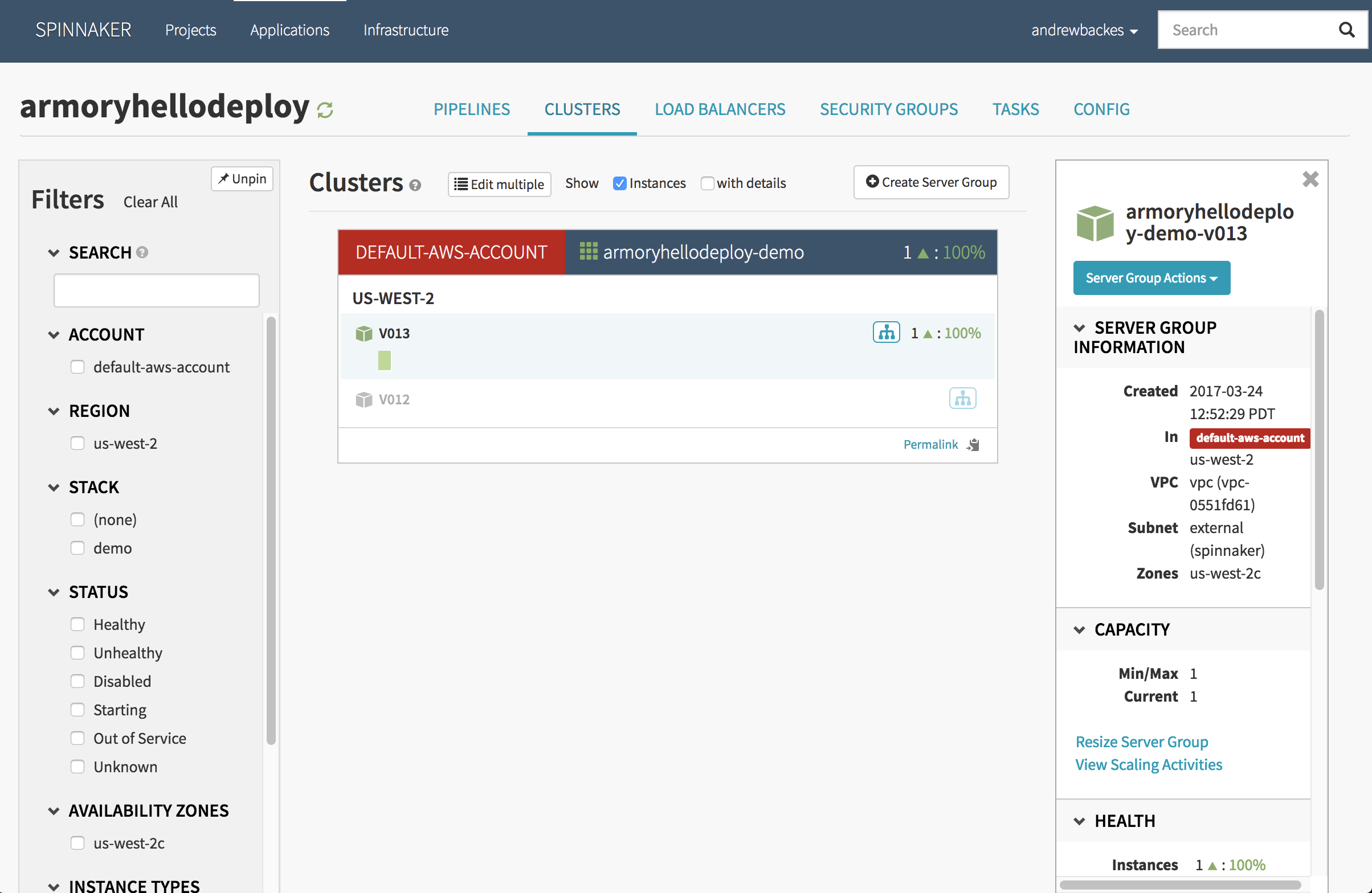 When a pipeline runs, the end result is called an execution.

A pipeline in Spinnaker is a series of stages linked together that can be executed serially or in parallel. All pipelines are defined in the context of an application. A typical pipeline will contain stages for “creating images”, “testing”, and “deploying”. The process of “creating images” is also commonly referred to as a “bake”.

A project inside Spinnaker is a logical grouping of applications. For example, we might create a project called “Spinnaker” and its applications would be “Deck”, “Orca”, “Clouddriver”, etc. Spinnaker provides a helpful dashboard view for each project to visualize its applications and status of each application contained within it.

From an Amazon Web Service (AWS) point of view, a server group is represented by an auto-scaling group (ASGs). All applications that are deployed by Spinnaker are deployed to server groups.

Within a pipeline, the tasks that pipeline performs are called stages.

A trigger is the entry point to a pipeline.

Spinnaker has very specific naming conventions that help it identify resources in your cloud account.

The ‘Name’ is the name of your application in Spinnaker.

You can think of a ‘Stack’ as a tag you give to anything that you want to be integrated together. Environments are usually a good example of something you would tag with a Stack. If you have an app that has an ELB, a Cache, and an ASG, usually you would want to run integration tests on your staging environment separately from your production environment. In that case, you would give the staging ELB, Cache, and ASG all the “staging” stack, while prod ELB, Cache, and ASG would be the “prod” stack.

Note that Stack names are defined by the user in the Spinnaker configuration User Interface (UI).

Detail is also user-defined and can be any additional piece of information you want to label your cluster and server group with.

The infrastructure’s version number; such as v011, v012, etc. This is automatically appended and is not user defined.

In AWS, Spinnaker will name your ASGs and Launch Configurations according to the naming convention mentioned above (ie. “armoryspinnaker-prod-polling-v015”). 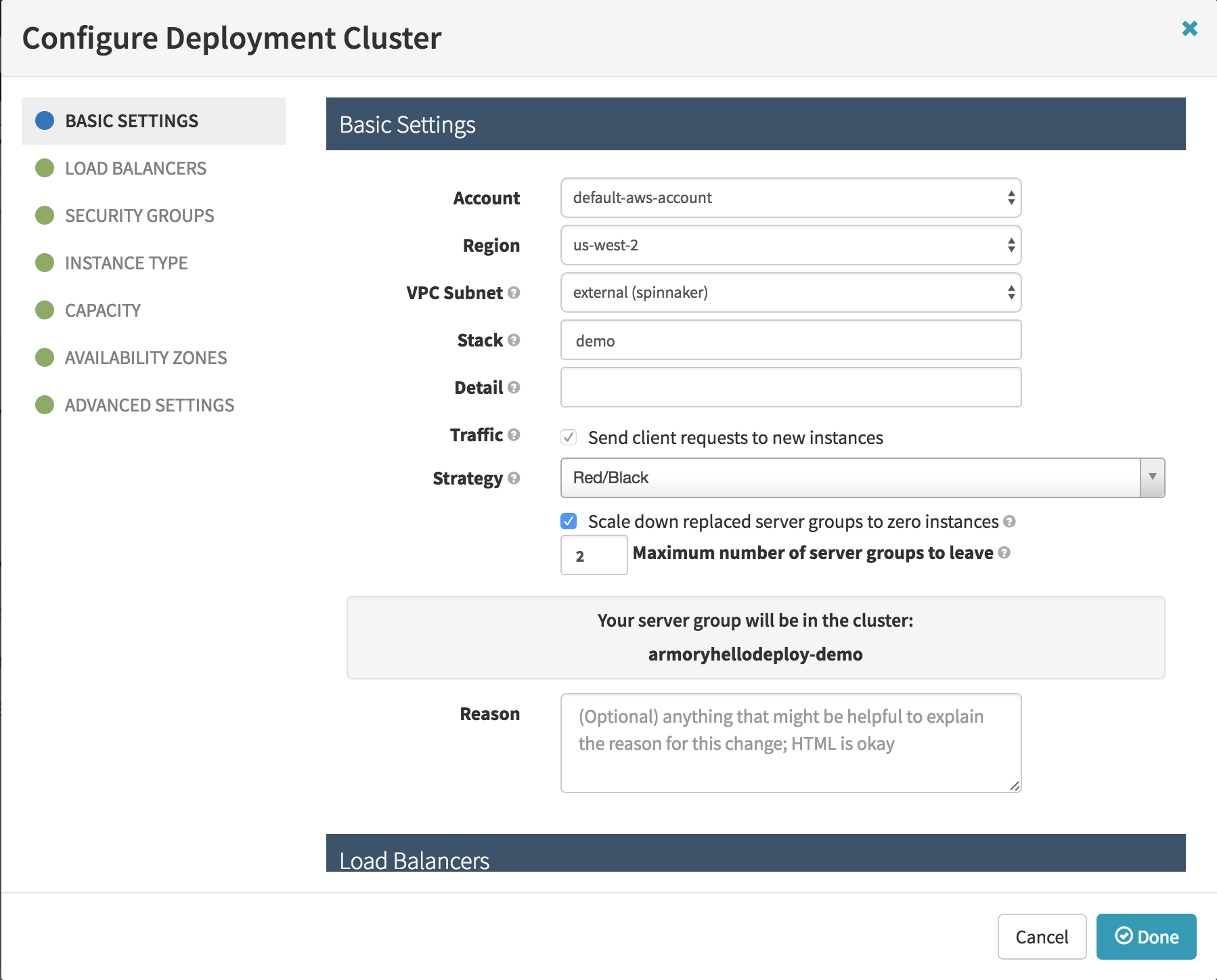 Please note that if your user definition includes a hyphen, it will disrupt the naming convention.